I set out a while ago to try to interview various community leaders for their take on WebAssembly. If you’re unfamiliar with WebAssembly, here’s a definition for you.

WebAssembly is a binary instruction format for a stack-based virtual machine webassembly.org 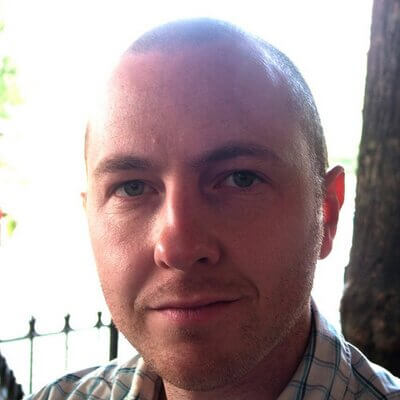 Additionally, one of the other’s that I reached out to was Scott Hanselman. Scott offered up something really special, rather than replying to the questions - he gave me an unpublished interview (that has since been published) that he did with Steve Sanderson on his hanselminutes podcast !

So, here is the interview itself. Rather short and sweet - a meager six questions but I’m grateful to share it with you all.

WebAssembly - is it just hype or do you believe this is the future of web development?

I hope that the future of web development includes giving developers a wider choice of languages and platforms.There’s nothing wrong with JavaScript, but our industry would be healthier if multiple paradigms and specializations were better catered for. Steve Sanderson

Why is Blazor labeled an “experiment”, there seems to be a significant effort in developing it?

I think Steve’s response was rather generic and I still believe that this will become a full-blown product!

Because it is an experiment, in the sense that it’s not a committed product. We are putting significant effort into working out whether it’s a product we should build. Steve Sanderson

Should developers be learning about WebAssembly today and considering it for future projects as an alternative to existing technologies?

I would be very surprised if JavaScript isn’t involved in web development for as long as the web exists as an application platform. It may become analogous to Bash scripts: ubiquitous, can do everything in theory, and excellent for gluing together other technologies. Steve Sanderson

Silverlight is dead, WebForms is still dying and Razor Pages (and MVC) are fairly prevalent. SPA frameworks like Angular and React are pushing business logic client-side, WebAssembly would make this easier too. Is Blazor an attempt to compete with SPA frameworks?

There are lots of web development technologies out there today, what makes blazor special - right?

Blazor is an attempt to move the SPA world forwards into an era where developers have more freedom to choose other languages and platforms. Steve Sanderson

If you could change one thing about WebAssembly, what would you change and why?

I’d like true multithreading, because lots of languages and platforms assume that exists. Fortunately it is on the spec roadmap. Steve Sanderson

WebAssembly performance seems almost too good to be true, is it overrated - why or why not?

I don’t find it surprising or too good to be true. We have known for a long time that a high-level bytecode plus modern JIT allows performance close to plain machine code. WebAssembly is a JITing platform so it should perform similarly. Steve Sanderson

WebAssembly is a pretty amazing bit of technology. Microsoft’s vision of bring C# everywhere is coming to fruition with the help of WebAssembly. I’m thankful to be a web developer in this day and age, as I’ll be given the opportunity to take my favorite programming language to the web!